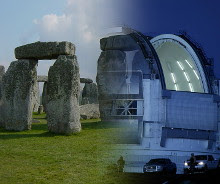 I’ve recently read some people rant about how science and only science gives us “the truth” about the world. This belief seems to be quite common in fundamentalist atheist circles. As a scientist, I find that sad, because it’s wrong. I’d go as far as “science does not care about truth.” Let me explain.

When most people hear the word truth, they think of it in boolean terms. A statement is either true, or it is not-true—that is, false. This works perfectly fine for everyday interaction.

Scientists on the other hand usually have a different concept of truth. The key problem is simply that it is absolutely impossible for us to ever know if a given observation of nature is really true.

This understanding goes back to Descartes’ Meditations, but has been developed in epistemology much further from then. The basic summary is that, because we rely on sensory data transported by our body, we simply can never be sure if something is strictly speaking true or not. (There’s more and it’s a lot more complicated, but that summary should be sufficient for this discussion.)

This is why most scientists have gone with a non-boolean understanding of truth, thinking of it more along a scale of various degrees of truthiness. That is, a given hypothesis can me more true or less true than another.

Some hypotheses can be strictly false. For example, the phlogiston theory has been utterly debunked. This is on par with the general understanding of false.

Towards the other end of the truthiness scale, we have the best we found so far. This is what most normal people think of when they talk about truth in science. These are the hypotheses that have been proposed which have been correct in all tests we have used them in. But this does not mean that they are the truth, though! It is entirely possible that next week, we find a test which shows that our hypothesis is wrong. This will mean that we need to work on it or even replace it completely with something that does not fail in this test.

But the hypothesis has been useful for a lot of tests already. Even though we know that it is not fully true, we can still use it. At least until a better one is proposed. The hypothesis is false, but not entirely false. The new hypothesis is just more true.

Because it’s not entirely wrong, we don’t even have to drop it when a better hypothesis comes along. For example, the high school atomic model in which single electrons are flying in circles around the atomic nucleus, is simply wrong. There is no single electron thingy that flies around a nucleus consisting of individual blobs. But this explanation is still true enough to understand a lot of chemical reactions, and much simpler than the better hypothesis we have. On a more complicated level, a lot of physics as generally taught and used is simply wrong if you look at it from the quantum level. But as long as you stay in the macro level, the known formulas are true enough.

That is, a hypothesis can be known to be false, but true enough for a given purpose.

But the discrepancy between scientific “truthiness” with the everyday understanding of a binary truth value can cause a lot of confusion and misunderstandings.

The Path to Truth, Then?

Some people also claim that science is an approach that, while never actually attaining full truth, does get us closer. This is, strictly speaking, a leap of faith, though.

The standard counterexample is the brain in a vat thought experiment. We could, in theory, be brains in a vat, and reality is being simulated to us. The simulation is so good that it is impossible for us to actually notice it. That is, what we would intuitively consider the truth—namely, the brain in the vat—will never be found by science, because it is beyond the means of science to find out.

Claiming that, since we can’t find out that we indeed are just brains in a vat, that means we simply are not brains in a vat, or that the likelyhood of such is very low, or any other defense, is based on faith and not on any facts (mainly because there are no facts to base an opinion on).

Science can only deal with the measurable. That is a great strength. But the brain in a vat thought experiment shows that what we generally understand as truth is not necessarily measurable. That is, truth might actually be outside of the scope of science.

This is why I would propose to simply stop using the word truth in the context of science. It just causes a lot of misunderstandings and makes people confused about the purpose of science.

Science is not about truth.

Science is about how well things work.

Just changing this makes communication a lot easier as we have an intuitive understanding of what it means if something workse better or worse. The phlogiston hypothesis gives barely any working predictions. Applying the atomic orbital model gives us mostly working predictions, but we know certain cases where it doesn’t. Likewise, Newton’s laws work excellently as long as we don’t go to the quantum level. And finally, our best scientific hypotheses have given us predictions that were better than anything else we have found so far.

And science is a method to improve on how well that what we do actually works.

This is a lot more straightforward as the awkward attempts to explain this with various degrees of “truthiness.”