The Burden of Set Theory 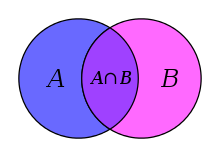 The christian fundamentalist school book series A Beka Book is advertised, among other things, with the following:

“A Beka Book provides attractive, legible, workable traditional mathematics texts that are not burdened with modern theories such as set theory.”

… wait a moment. Set theory and “burdened?” “Modern?” 1874 is not exactly what I’d call “modern,” but then I’m a computer scientist so my views on “modern” and “old” are somewhat skewed. But “burdened?” Set theory is one of the most fundamental theories of mathematics and important pre-requisite for most higher-level stuff. So. Uh. What?

There’s a very critical article on the A Beka Books that tries to explain the reasons for this. They content that one fundamental problem for the understanding of mathematics as “the language of God” is in the implication of the Axiom of Choice that the frame of reference in which we work with mathematics is our own choice, and not prescribed. (This is an unfortunate reuse of the word “choice” there, the choice in the axiom and the choice of the reference refer to different choices.)

This led me to check up on my mathematics again. The Axiom of Choice, described extensively in two articles linked from there, says, in simple terms, that if we have a set, there exists a function which will pick (“choose”) an element from that set. That seems intuitively true. But Cohen did show in 1962 that there are sets for which we can not prove the existence of such a function using just the rest of the set theory axioms. So if we want to use the existence of such functions for all cases in our proofs, we have to make the existence an axiom. This is required for important theorems such as “every vector space has a basis,” or “for any cadinality k, either k=1, k<1 or k>1,” etc. Those things are kind of important for a lot of mathematics.

But if we accept the AoC, that has some troublesome results. For example, it means that we can actually enumerate the real numbers. We have a function that selects an element from the set. We reduce the set by that element. We use the function (or a new one) again. This will enumerate the real numbers. But we know from Cantor’s diagonal argument that we can not generate such a sequence. So if we accept the AoC, we have to also accept that this function exists, but that we have no way of actually defining (generating) it! This sounds like some real mental gymnastics to consolidate two apparently contradicting results. Which is also why some mathematical works choose to not use the AoC and live with the consequences of that. Others, for their work, choose to accept it and deal with the weird consequences from that.

The AoC makes it clear that there is no single mathematical world. We can pick and choose which axioms we accept for our proofs. Either choice has merits and problems. It might even be that in some situations, one choice is better, and in other situations, the other is. And that this is not a contradiction. (Actually, this should be a direct consequence of Gödel’s incompleteness theorem.)

Now I have no clue if that is actually the problem those weirdos have with set theory. But it sure made me go on a pretty interesting tangent on the AoC and brush up on my set theory. Religious fundamentalists are useful for something!

(This is a repost of a Google+ post. I still haven’t figured out when to use Google+ and when to use my blog, and I get some edge cases at times. Also, please note that I have no issues with religious people. I do have an issue with fundamentalists.)