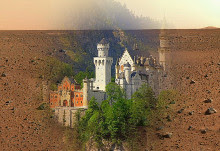 Tuesday is the US election, and it’s all over the news here. Even though I do not get to vote, it’s an election that will affect the whole world. Including me. So I tried to keep updated on it to have a well-formed opinion.

That was surprisingly hard.

The candidates are lying constantly. The snippy comment here would be that they’re politicians, so that’s what they do. But I’m not used to this amount of blatant, trivially false, lies. And even when called out on a lie, they simply shrug and keep on repeating it. It seems it “doesn’t matter if it’s true, as long as it works.” The Republican campaign summed it up nicely when they said that “we won’t let our campaign be dictated by fact checkers.”. Why yes, lie to your people to keep them dumb, a longstanding tradition of governments around the world. Part of the reason why we introduced democracy a while back, but I guess those aren’t mutually exclusive.

This works so well because of what is called the Confirmation Bias. We have an opinion, and prefer to hear things that confirm that opinion. Things that contradict that opinion are ignored as “exceptions.”

For example, I’ve read repeatedly on facebook how Obama would be distributing cell phones to buy votes. Wow, what a douchebag, right? A quick check on the net, though, told me that this claim is simply wrong. It’s a complete exaggeration based on the US subsidizing phone services to low-income people, something that existed long before Obama. Another story I heard was about how Obama gave the Queen of England an iPod with his own speeches on it as a present. What a self-centered person! Turns out that iPod had a lot of things on it, including, among many, many other things, two speeches by Obama. Suddenly the story is completely different. Does it matter? Not a lot. If corrected, the story becomes a simple exception. The opinion is there, the stories only serve as a confirmation, not as an actual reason for the opinion.

Those are harmless lies. But the same pattern repeats on the big issues. The favorite lie by the Obama campaign was the claim that Romney is going to ban abortion even after rape. This is simply false. He’s “just” going to remove abortion after rape from the mandated health insurance plans. And likely also outlaw abortion altogether except after rape. It doesn’t help Romney that there are a few more extremist members of the GOP that make the Obama campaign claims seem almost likely. (See here and here)

One of the non-partisan fact checker sites, PolitFact.com, ranks statements by politicians in a six-level system from simply “true” over “half true” to simply “false”—or “pants on fire” for the most egregious lies. If you add up the “mostly false,” “false” and “pants on fire” percentages, you end up with Obama having used 28 % lies. Mitt Romney achieved a shocking 41 %. Think about it. More than one our of four claims you hear from the Obama campaign is mostly or utterly false. And almost every second thing you hear from the Romney campaign is false as well. There’s a blog series on MSNBC collecting Romney lies which is now in issue 50. Fifty. Think about that.

Why is this working? Why can a presidential candidate like Mitt Romney accuse his opponent of “not having a plan” while the opponent does have a plan (even though that might not be the one Romney likes), and at the same time himself have a plan that amounts to “I’ll spend more on the military, cut taxes, and it’ll all be a balanced budget, but I’ll tell you only after the election how I’ll do that?” That should result in the audience laughing loudly and ask for the serious plan, not result in cheering.

What should protect us from this is the media. It’s the ideal of journalism, to bring the truth to light and embarass politicians enough so they stop their fabrications. But this is not working anymore. The reason for this is again confirmation bias. If a media report confirms my pre-conceived bias, I like it. I’ll watch the show again or read the website again. If they contradict that bias, I dislike them, and am unlikely to visit them again. The internet makes this selective reading easier than ever. It is no wonder, then, that the media puts more effort into confirming the bias of the general audience than to contradicting it. And this way, media for different audiences are formed.

Over here in Europe, Fox News has become a synonym for horrible, biased, factually false, and one-sided news. I’m not sure I can express this well enough. For the US people reading this, Fox News here is roughly on the level of the Iraqi information minister who claimed there are no US tanks anywhere near Baghdad while the US was already occupying some quarters of the city. Yes, that bad.

But I know why it exists. There is no “liberal” mirror to Fox News (at least on that size), but many other news agencies have a small bias towards the liberals. Fox News is just the combined, exaggerated counterpoint.

What all of this results in is a divided reality. General Motors mentioned this when they responded to a recent blatant lie by the Romney campaign about them, stating that “at this stage, we’re looking at Hubble telescope-length distances between campaign ads and reality.”

We are living in our self-constructed little worlds, believing what we want to believe, while the person next to us might think we are completely bonkers because their self-created reality is simply too different from ours. And of course, we believe that they are completely wrong when they disagree with us.

So, having said all, what do we do about it?

I’m not sure. I think we can learn something from this clusterfuck of an election campaign. Modern media and the internet make it possible, more so than ever before, to create our own realities. The US is pioneering this, but the same thing will also affect other countries.

I would say that finding ways to break out of these reality bubbles, and prevent them from forming, is an extremely important research project.

As mentioned in the beginning, the US election does affect me. I’m not voting, and I’m only a regular visitor to the US, and I am grateful for the hospitality of the people there. Still, the US election affects me, and I have formed an opinion. And my reality bubble has put me firmly into the “(almost) anyone, but not Romney” camp.

Good luck to the US.